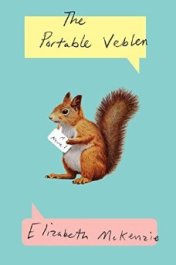 As someone who once posted a scoreboard in the kitchen with the statistics Squirrels 3, Jim 0, this book had me before I even cracked the cover. And when I did, meeting Veblen Amundsen-Hovda was a treat. How can you not love a woman who makes retching sounds like she’s being strangled on the phone to telemarketers before hanging up on them? There was so much for me to love in this book, starting with the name of Veblen’s street in Palo Alto. Tasso Street was named after a sixteenth century Italian, mentally ill poet, Torquato Tasso. And what’s more fun than a dysfunctional family?  Why, TWO dysfunctional families, of course. And the squirrels. Right after Paul proposed with a big honking diamond, (so not Veblen’s style) the squirrel that had been watching them looked at her as if to tell her, “I was cut loose from a hellish marriage, and I want to meet muckrakers, carousers, the sweet-toothed, and the lion-hearted, and you don’t know it yet, but you are all of these.”

Veblen is named after Thorstein Veblen, an American economist and sociologist who was famous as a witty critic of capitalism. Veblen coined the phrase “conspicuous consumption.” Melanie, Veblen’s mother, and a huge presence in her life, was a Veblen scholar with some secrets. Veblen (the woman, not the sociologist) had come to realize that instead of looking for a love affair all those years, what she really sought was a human safe house from her mother. Veblen writes of her love for her namesake, “because he lived true to his beliefs, and committed not a hypocritical act in his life.” About Paul, her fiancé, she wonders. “Was it possible to love the contradictions in someone? Was it all but impossible to find someone without them?”

The book is about Paul and Veblen’s journey as a couple. Throughout most of the book, I thought she and Paul were horribly mismatched, but a squirrel-induced catastrophe intervened, transforming Paul into Veblen’s soulmate. Yay. She deserves one. (We all do.) I love all the philosophical musings and the descriptions of Veblen’s natural world. Nature is very much a character in the book.

Veblen has a very personal and unique relationship with the natural world, that is evident in her interactions with the outdoors. When she first laid eyes upon what was to become her house, “It was a warm night in September, that night… she crunched the sycamore and magnolia and locust leaves on the sidewalk. Just before she reached the end where the street met the arroyo, she passed a small house so overgrown with vines that the windows were no longer visible. The yard was neck-high with weeds and ivy and morning glory, and in the gentle air of evening she heard the flap of a tarp on the roof, laid over the old shingle.” 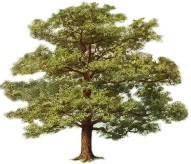 Later, after Paul proposed and met Veblen’s mother and stepfather, “Spring had come. Bright-headed daffodils elbowed through the soil, yellow acacia fanned the rooftops, humming with trains of bees.” 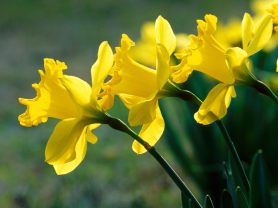 When Veblen first took Paul to meet her mother and stepfather, Linus, Melanie made an artichoke casserole with Asiago and bread crusts for lunch. Here is my version with some  chicken added to make it more of a main course than a side dish.

Bake 30 to 35 minutes or until hot and bubbly. Sprinkle with additional sliced green onions before serving.