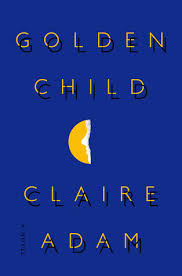 It’s been a couple of weeks since I finished this book, and I haven’t been able to get it out of my mind. Although it had all the elements that I love: taking place in a foreign country with a culture that was unfamiliar to me, I had trouble warming to the characters, particularly Clyde, the father of twins Peter and Paul. Paul, the second born, had the umbilical cord wrapped around his neck at birth and suffered oxygen loss, making him “retarded” in his father’s eyes. Clyde was hard on Paul, who was not an easy child, throwing tantrums or acting in the extreme to unexpected stimuli. He also had trouble in school, and consequently hated it. So, guess who the golden one was. Peter was an exceptional student and athlete, and his entire extended family had great plans for him in the form of a college education. I finally really got into the book in Part 3, which was told from Paul’s point of view. Paul’s life was so joyless that he literally folded into himself in most situations, to make himself smaller, invisible. One teacher, Mr. Kavanaugh, saw something more in Paul, and became an ally, but without his father’s support, Paul couldn’t find a reason to value himself . As a teacher, I wondered how Paul’s life would have been if his school had been equipped to handle a student with disabilities. I also was reminded of the tremendous power educators have in making a difference in the lives of their students. While sad, the novel provided a powerful reading experience. The author, Claire Adams was born and raised in Trinidad where the novel was set. Having set foot on Trinidad on a Caribbean cruise, I was struck by how little I got to know about that island. Reading expands my world and takes me to places that, even having been there, I can’t truly know.

Paul recalled a trip to Mayaro on the coast, taken the previous year during Carnival to escape the noise and general debauchery of the season in Port of Spain. His daddy, Clyde, was in a good mood on the drive, heading to the place where he grew up, near the beach. Since his wife, Joy had stayed behind to help someone with a new baby, Clyde was free to sit out during the evenings with the men having a little drink. The men told stories about the mischief Clyde used to get into when he was little. At sunset when the fishermen came in, they all gathered at the beach to help pull in the seine, and the Paul and Peter ran with the other children to catch the little fish that had gotten caught, throwing them back into the water. Paul had such a fine time, he hoped they could go back to Mayaro for Carnival this year. 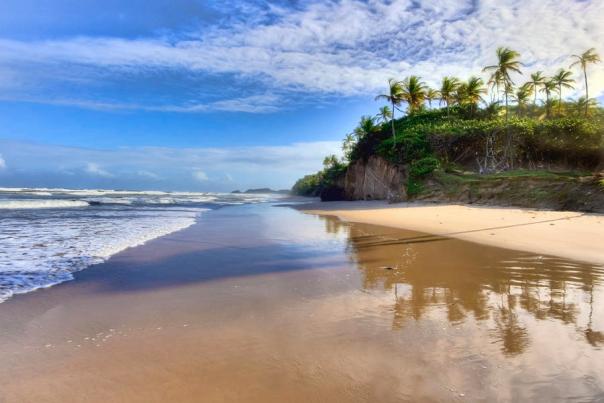 When the story begins, Clyde has just arrived home from a long day at work to find that Paul has not yet come home, and there’s been no water in the house since around lunchtime, leaving the sink filled with dirty dishes and an army of flies buzzing around. Since Joy couldn’t cook the curry she had planned to make Clyde had some eggplant with garlic and onions, a roti from the freezer and some cucumber salad.

Bring to room temperature and serve.

Unless you are someone who really, really loves, hot, hot, hot, do not eat the scotch bonnets. It seasoned the other ingredients sufficiently so that there was mild, but tolerable heat. Delicious.