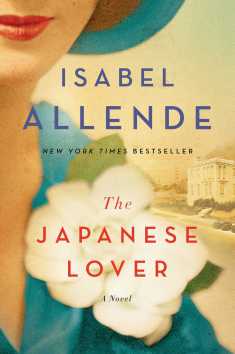 I had wanted to read this book for a long time, although I’m not sure where the recommendation came from. I kept looking for it in used bookstores, until finally, at the September library book sale, I found it. This is the story of an enigmatic, aristocratic and aloof elderly woman, Alma Belasco, whose relationship with Irina Bazili, a young Moldovan caretaker at the unconventional senior residence Lark House, began when Alma asked her to be her assistant. Irina had her own lion’s share of tragedy and shame in her life, but in spite of that, through caring for Alma, she learns to forgive and accept herself. This is also the story of the shameful  period of America history during WWII that saw 127,000  Japanese Americans relocated and incarcerated for the duration of the war. Ichimei Fukuda’s family were among them. The patriarch of the family, Takao, worked as a gardener on the estate of Alma’s uncle, Isaac Belasco. The family lost everything- their home, their property, their business- when they were moved first to Tanforan, a racetrack in San Bruno, south of San Francisco, and then, six monthes later, to Topaz Relocation Center in the desert of Utah. Finally, this book is also about multiple love stories, some of which are so intense, so magical, so full of raw emotion that the reader has to pause, for a sigh and to take a deep breath. It is beautifully written. Allende is known for her magical realism, which made its appearance so subtly, that I was not only charmed, but taken aback as well. Full disclosure, I’m one who has no problem with fantasy or magic or the supernatural as long as the story has initially drawn me in and engaged me.

Takao and Heideki Fukuda’s fourth child was born prematurely, and was so weak that he wasn’t expected to live, so, for the first few months of his life he had no name. When he began to thrive, his parents gave him a Japanese name, unlike his older brothers who were given easy to pronounce American names. They called him Ichimei, whose name means “life, light, brilliance, or star.” The beauty of his survival and flowering into a gifted gardener, bringing life and beauty to the landscape, is embodied in the Japanese ideogram of his name: 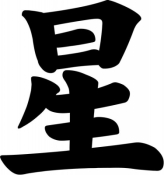 Alma and Irina were having lunch at Neiman Marcus in Union Station under the historic stained glass cupola. While  enjoying popovers and pink champagne, Alma told Irina about her husband, Nathaniel. Through relaxed, intimate conversations like this, Irina began to see a pattern of kindness and goodness in three generations of Belasco men, all of which seemed to contribute to Irina’s growing ease with the family in general, and Alma in particular. And who doesn’t love popovers? And Neiman Marcus?

For the Strawberry Butter: (a must)

Place milk in bowl and microwave on high for two minutes, or warm to touch. Sift flour, salt and baking powder in a large mixing bowl. Crack eggs in another large bowl with an electric mixer and whisk for on medium for about 3 minutes, until foamy. Turn down mixer speed to low and add warm milk. Gradually add flour mixture and beat for about 2 minutes. Let batter rest at room temperature for about 1 hour. Preheat oven to 450º. Spray popover pan generously with nonstick spray. (or place 1 T of pan dripping or butter in pan, then heat till piping hot.) Fill popover cups almost to the top with batter and place popover pan on cookie sheet. Transfer to oven and bake for 15 minutes. Turn oven down to 375º and bake for 30 to 35 minutes longer, until popovers are deep golden brown. Remove from oven and pop out popovers on a cool rack. Serve hot with the Strawberry Butter: To make butter, place in bowl and beat until smooth, add preserves and beat until fluffy.