One of the first things we learn about Ove is “He was a man of black and white. And she was color. All the color he had.” It really describes Ove and his wife Sonja perfectly. They’re so fundamentally different and yet their relationship works because they love each other. Ove yells a lot, enjoys confrontation and polices his residential community to make sure everyone is following the rules. So why did I not hate the guy? In the hands of a less competent writer, I might have. This could have been a really tacky book. But it wasn’t. It was true. Maybe I could understand the narrowness of Ove’s psyche. Maybe his decency allowed me to look beyond his anger. Whatever the reason, I loved spending time with these characters. Having just attended the wake of a friend whose sudden death rocked my husband and me, the portrayal of grief in the book seemed very real. Ove, thinking of his wife, “And one Monday she was no longer there.” Only for us, it was one Sunday, and he was no longer there. Scary, but real life. If there’s one thing that novels about grief teach, it’s that after the loss of a loved one, you’re meant to live- even after bone-crushing grief- until you die.

I found it beautiful that the author, who was thirty-one when the book was first published, has such a grasp of human nature that he could write a moving narrative in which people who are very different from one another come together to form a family. Family, whether it be the one you were born with or the one you choose, is one of the great gifts of life. Well done, Fredrik Backman. 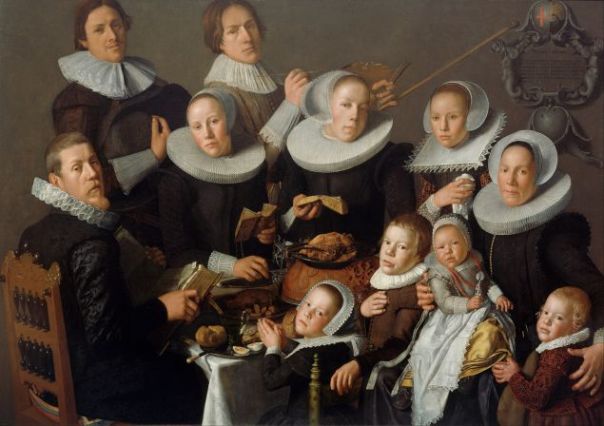 After the debacle with Patrick and the trailer and Ove’s house and mailbox, Ove’s doorbell rings. There are two young children with dark eyes and dark hair who hand him a warm plastic container. “Rice!” yells the littlest one. “With saffron and chicken,” adds the older of the two. After determining that the Foreign Woman next door sent it over, he asks why. “Mum said you were “‘ungry,” says the little one. Ove later learns from Patrick why Parvaneh, his wife, keeps sending food to Ove. “She’s Iranian, you know. They bring food with them wherever they go.” I wish I knew more Iranians.

For the Rice:
Boil water in a large pot and add plenty of salt (just as you would if you were cooking pasta) and 4 cups rinsed rice. Put stove on med-high heat. Don’t let it over-boil. When the rice is just hard in the middle and soft on the outside (al dente rice!), turn off the burner and drain the rice into a colander, about 7 minutes.
Add olive oil to the large pot to cover the bottom of it and put on medium heat. Add the rice to the pot, poke some holes with the back of a spatula almost to the bottom of the pot to release steam, and cover.
When steam rises to the lid of the pot (this is easy to tell with a clear lid, otherwise wait about 5 minutes) remove the lid and drizzle 2 tbsp of melted butter/olive oil along with most of the saffron-water mixture to the top (the small remainder will be added to the chicken). Replace the lid with a large folded napkin or kitchen towel placed directly and tightly underneath it to catch the steam.
After about 5 min, put on med-low heat for ~30 minutes or until the pot sizzles when you splash a couple drops of water on side of it—whichever happens last. You can either carefully flip the rice over onto a serving platter so that you can see the beautifully crisp tahdig (crispy rice at the bottom of the pot) or just serve yourself directly out of the pot, but make sure to dig for some tahdig at the bottom.

For the Chicken:
In a large pot on med-high heat, add a splash (or approximately 1 tbsp) of olive oil. After oil is hot, swirl it around the pot and add in chicken thighs, skin down. Let them cook for a few minutes and then they should be easy to lift up when they’re ready to flip. Cook for a few more minutes on other side and remove them from the pot and onto a plate.
Cook the chicken tenders the same way and then add back in the chicken thighs and add the onion. Place on medium heat and add turmeric powder, salt, and pepper and move everything in the pot around to coat.
Add about 3 cups of water to the pot to keep it from burning, mix ingredients around, and place lid on top.
After 20 min, place on med-low and cook for about another 20 minutes or until chicken is tender.
Add a bit of the saffron-water mixture on top of the chicken while it’s simmering.
If the liquid in the pot starts to evaporate, don’t let it dry out. Add more water to replace liquid loss.
When plating, add this liquid/broth to your chicken and your rice for added flavor.

When I first made this, I was using up some frozen chicken wings. It was delicious, but would have been better with the meatier thighs and tenders. I used only 2 cups of rice and had plenty left over. The rice took about a third of the time and yielded a very crunchy layer at the bottom. The leftovers the next day were as good as the first time. This recipe is a keeper.