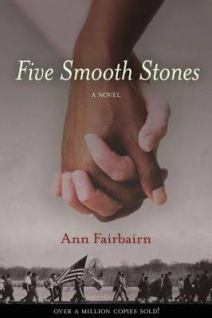 It’s fitting that my first post should be about this book. It reentered my life because of Ann and Michael, and Simon and Thomas, and their podcasts, “Books On The Nightstand” and “The Readers,” respectively.  A while back, they decided to discuss each other’s favorite book of all time for a couple of podcasts. This got me thinking about books I remember from my distant past, and when this one came immediately to mind, I was delighted to find that it was still in print, and bought a copy. It became a part of my reading plan for 2016, and is the sixth book I’ve read so far this year, although at 756 pages, it should count for more than one.

If you haven’t read the book yet, read no farther, as what follows will contain spoilers. Reading this book was a little bit like living it, in part because of its heft, but mostly because I began to love the characters and think about them with the kind of affection I reserve for dear friends. (Rereading that sentence, I recognize how pathetic it sounds, but I  feel no shame, because it’s who I am!) In addition to being a saga about a Negro (I use this term as it was used in the book, pre-dating African-American or any other modern identifier) family living in the Deep South, it’s a history lesson about the Civil Rights movement in 1960’s America. While I lived it in the sense that I was a teenager during those years, I did not have the political awareness to remotely understand what was going on systemically, and reacted with youthful naivete and indignation.

The book is essentially a Romeo and Juliet story of the brilliant Negro David Champlin, and very small, very white Sara Kent. They meet at Pengard, a college in Ohio, where David was awarded a scholarship. Sara fell in love with him the moment she met him. They get together and part several times throughout the course of the narrative. David was unwilling to fully commit to Sara because of the difficulty he knew they would face as a mixed race couple. In most states, including Louisiana, miscegenation was a felony. David had determined early on with the guidance of his mentor, the big Dane, Professor Bjarne Knudsen, that the best way he could help advance his people would be through the law, so he set his sights on a Harvard Law degree, and, of course, succeeded. What impressed most people about David’s brand of lawyering, was his ability to probe and probe, and still remain impartial. However, as David matured as a lawyer, he wondered if he could defend with purpose a racist killer who had been brought up in horrible circumstances like abuse and neglect. Do those circumstances mitigate consequences of behavior? He is not sure.

After meeting Jedediah, a kindred spirit from the African country of Zambana, and later, his father, Solomon, David embarked on a course to become an adviser to the fledgling nation through the US State Department. At this point, David believed that he had buried his misgivings about being with Sara, and looked forward to forging a life  with her in a place where they could finally live in peace. He also persuaded Gramp to join them in Africa, fulfilling one of Gramp’s lifelong dreams. When I read this part, I wondered if David was wrong to take the Africa post.  Was it selfish? Should he have stayed in America to help his people? I was worried that he’d later regret the decision.

When Gramp died, David reflected “on the sorrow that it was too late for Gramp ever to see his Tiger, Tiger.” I assume that this was a reference to the Blake poem which is essentially about the great mystery of a God that could create both the tiger and the lamb, and man’s inability to fully understand the mystery of God’s handiwork. David grew up embracing the music of Gramp’s church, if not fully embracing the doctrines of faith in which Gramp so firmly believed. Gramp was supposed to confront his Tiger, Tiger in Africa. Sadly, he never had that opportunity despite, having his passport in his pocket the night he died.

During Gramp’s funeral, Preacher Jackson recalled the Bible story of David, who rejected the coat of mail and helmet offered to him by King Saul, and instead chose five smooth stones from the brook, and set off to slay the Philistine thusly armed. Jackson goes on to say that in Gramps final moment 0f fear, he did not call upon God, because God was with him.  Instead he called for David, his grandson, symbol of youth in general, to  whom the older generation looks for their deliverance. This embarrassed David, who was still ignorant of the circumstances of Gramps’ death. When he found out the truth, involving a couple of white boys who harassed, but did not touch Gramp, the course of his life changed once again, as he dedicated himself to  organizing demonstrations and boycotts through the offices of ALEC (American League for Equal Citizenship). Africa, and Sara, were abandoned.

Throughout my reading, I kept thinking about Ragtime, the Broadway musical based on the book by  E.L. Doctorow, even though the latter takes place at the turn of the twentieth century. I likened David to Coalhouse, both accomplished piano players, and both loaded with charm. In my head I kept hearing Coalhouse sing, “Sarah, brown eyes.”  But the saddest song, especially in the context of this book, was “Wheels of a Dream.” Selected lyrics:
Yes, the wheels are turning for us, girl.
And the times are starting to roll.
Any man can get where he wants to
If he’s got some fire in his soul.
We’ll see justice, Sarah,
And plenty of men
Who will stand up
And give us our due.
Oh, Sarah, it’s more that promises.
Sarah, it must be true.
A country that let’s a man like me
Own a car, raise a child, build a life with you…

David never saw the kind of justice he had fought for all his life, although he did meet some men, few men, who would “stand up and give them their due.” When I read about Cainsville, where David went instead of going back to ALEC Headquarters in Boston to get some rest and work on the legal defenses of the  demonstrators, I felt saddened and sick by the cruelty leveled on Negroes trying to exercise their rights as citizens of this country. “If you’re not part of the solution you’re part of the problem,” was a phrase I remember from college, and remembering it brought a sense of guilt. Perhaps, responsibility?  In this segment of the book, the coincidence of David connecting with his family’s past in Flaming Meadows was bittersweet. The whispered stories he had heard about his great grandfather came to life in the tale Miz Towers told him about two visiting Negroes all those years before, whom she and her husband had sheltered until one of them was set on fire on her land, by  crowd of angry whites. The reason for this brutality was never made clear, but really, could a reason ever explain such insanity?

When I finished the book, after the sobbing, I wanted to start a campaign to insure that every high school student in this country reads and discusses this book in mixed race groups. And after that, I wanted to start reading the book all over again.

With so much brutality on so many pages, the beauty in this story is David’s music, which was a great comfort to him, and something he shared with Gramp. This song played in David’s head a lot because his grandmother used to sing it to him to lull him to sleep when he first came to live with her and Gramp when he was just a baby. At Gramp’s funeral, it was neighbor Emma Jefferson’s voice rising above the choir, “Oh, Mary, don’t you weep” that brought him back to an image that recurred in his mind most f his life, of the wide water, and on its banks, his people, all black, all singing, “Pharaoh’s army got drownded.” This version by Aretha Franklin is perfect, not because it’s a rousing gospel number to get people up and moving, but because in its quietness, it represents the faith of a people who put their trust in the Lord when there were precious few other places in life one could put one’s trust.

David was quite a cook, always ready with a plate of red beans and rice or gumbo. One of the first times I visited New Orleans, my husband and I took a class at “Cooking Cajun Cooking School.” The following recipe is what we learned to make that day, although we did not receive our diplomas until after we had made it at home, and sent a picture of the finished product to the school.

Wash and dry okra, remove stems, slice into 1/4 inch rounds. Heat 2 Tbs of oil in heavy saucepan, (do not use cast iron). Saute okra and vinegar in oil until ropiness is gone, stirring often. In another pot, make a good, dark roux with the 4 Tbs oil and 4 Tbs flour. Add onion, celery and pepper, and saute until the vegetables are limp. Add diced ham and garlic. Add tomatoes. Cook 10 minutes, stirring often. Add okra, stock and seasonings.  Cook 30 minutes at a simmer.

Peel and devein shrimp, saving shells to boil for stock. Add shrimp to okra mixture and bring to a boil. Simmer until shrimp is just cooked through. Add parsley and green onions, and salt and pepper to taste. Serve over hot boiled white rice.